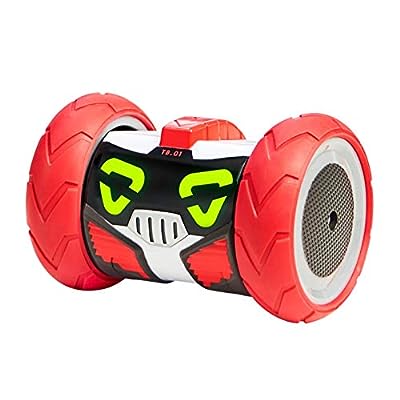 Turbo Bot is built for speed! With a full function remote control including a turbo Boost switch! Use turbo's "voice command" Function to make him "spin", "dance", "explore" Or even get him To tell you a joke! Record a message and playback to Trick, prank and surprise your friends. Or use the record function to spy on someone and record their conversation. Turbo feels every bump. While exploring, turbo will avoid obstacles. With a database full of rad sound effects and fast talking COMMENTS, turbo is a Bot that's full of personality!